The lifelong effects of empathic thinking 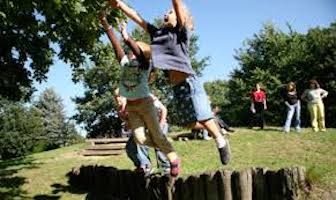 The Local’s columnist Jessica Alexander, whose book ‘The Danish Way of Parenting’ focuses strongly on how Danes teach empathy, says we’d all be better off if we were more understanding and trusting of others.

You would think that co-writing a parenting book would automatically make you an awesome parent. It doesn’t.  I have to constantly work at trying to make sure that what I say and do is in line with what I believe to be right. And one area in particular I struggle with is in teaching empathy.

The other day I was out with my daughter and son and they were scootering around in a park. They had invented an obstacle course where they raced down a hill weaving in and out of bushes and benches. I didn’t quite follow the trajectory but at some point my daughter got upset. “Sebastian won the race because he cut in front of me! He was cheating,” Sophia said. I looked at the situation and began mentally consulting our book’s tips section.

Find reason behind behaviour. Stay away from negative labels. Help her to find the reason and lead her to a positive identity conclusion if possible. “I don’t think he was cheating, do you? Maybe he didn’t understand the rules,” I responded. Instead of her continuing on the cheater track, her face completely changed and she said she’d explain the rules to her brother. I was impressed by how quickly she saw it. How fast she changed. These days I notice she is doing this regularly without prompting from us. When Sebastian is throwing a tantrum for what feels like hours she’ll say something like “maybe he’s hungry” or “he didn’t have his nap today, that’s probably why he is grumpy.” I didn’t help teach her this naturally. I had to work at it. I had to practise saying things like “but she is really a sweet girl, isn’t she” when my daughter would tell me about a scuffle at school. “Maybe she had a bad day. You have those too right?” I’ll say. This is hard because sometimes, truth be told, I really want to go into her school and confront whoever upset her. I want to tell her “that girl is mean”. But I have chosen to try to help her find reason behind behaviour rather than intervening or trying to make her feel better by calling someone (a child at that) names. The reason teaching empathy makes such a difference in the long run is that it encourages trust in others. And trusting in others is very freeing. It frees us from our own negative thoughts and judgments, which can be incredibly imprisoning. This is not to say everyone is good or should be trusted but much of our distrust is self-chosen. And it is a huge waste of energy. This is often seen in the workplace, where competition can be rife and there can be a tendency to interpret unclear behaviour with a negative conclusion: “He wants my job.” “She is a bitch.” “He is incompetent and lazy.” These story lines then get repeated and spun out to friends and partners and yet, this web ultimately serves to entrap the weaver of the negative storyline more than anyone else. These distrusting beliefs unwittingly put others on guard who become distrusting in turn. They can begin to affect performance, robbing positive energy and focus, disturbing sleep and even health. What if, instead we thought “He probably does want my job. I would want my job too. I’ll take that as a compliment.” “I am sure there was a miscommunication. She was frazzled. I can be like that too sometimes.” “I see he looks a bit sad. Maybe something is happening in his life to make him seem absent. I’ll ask if he’s ok.”

All of these thoughts require much less energy and can bring forth a far better outcome. Being empathic and understanding makes us feel better, and when we feel better we work better. The black hole of paranoia and negativity is gone. Story continues below… Of course there are times when people shouldn’t be trusted or who are not healthy to be around. But then you choose a course of action wisely based on real evidence, not assumptions, when the time is right. Finding reason behind behaviour, or walking a mile in someone’s shoes, is so important because it ultimately helps us remain calm. Paranoia and distrust are stressful emotions that can fog our thinking, whereas calmness is contagious. Other people don’t get defensive sensing accusation. It makes us feel better to try to understand and connect to others. And that in itself is a worthy goal, even if it’s not an entirely altruistic one. If instilled in children early, empathic thinking becomes a natural default setting for them as adults. They grow to be confident in the goodness of others and countless hours of energy are restored and used in more effective ways. My daughter didn’t waste a moment thinking badly of her brother that day. She went to talk to him instead. She showed him the obstacle course again. And by not being called a cheater he didn’t get defensive and their game went on merrily. He still won the race in the end and she didn’t like that. But she knew the reason was not because he cheated, but because he was faster than she was. So she tried a lot harder the next time. A valuable lesson for all of us. At any age.

This article was featured in THE LOCAL

Sign up for our course about Danish Parenting and Education and the secrets of the happiest people in the world.
Click here to subscribe, and enjoy